European Referendum: The impact and the opportunity 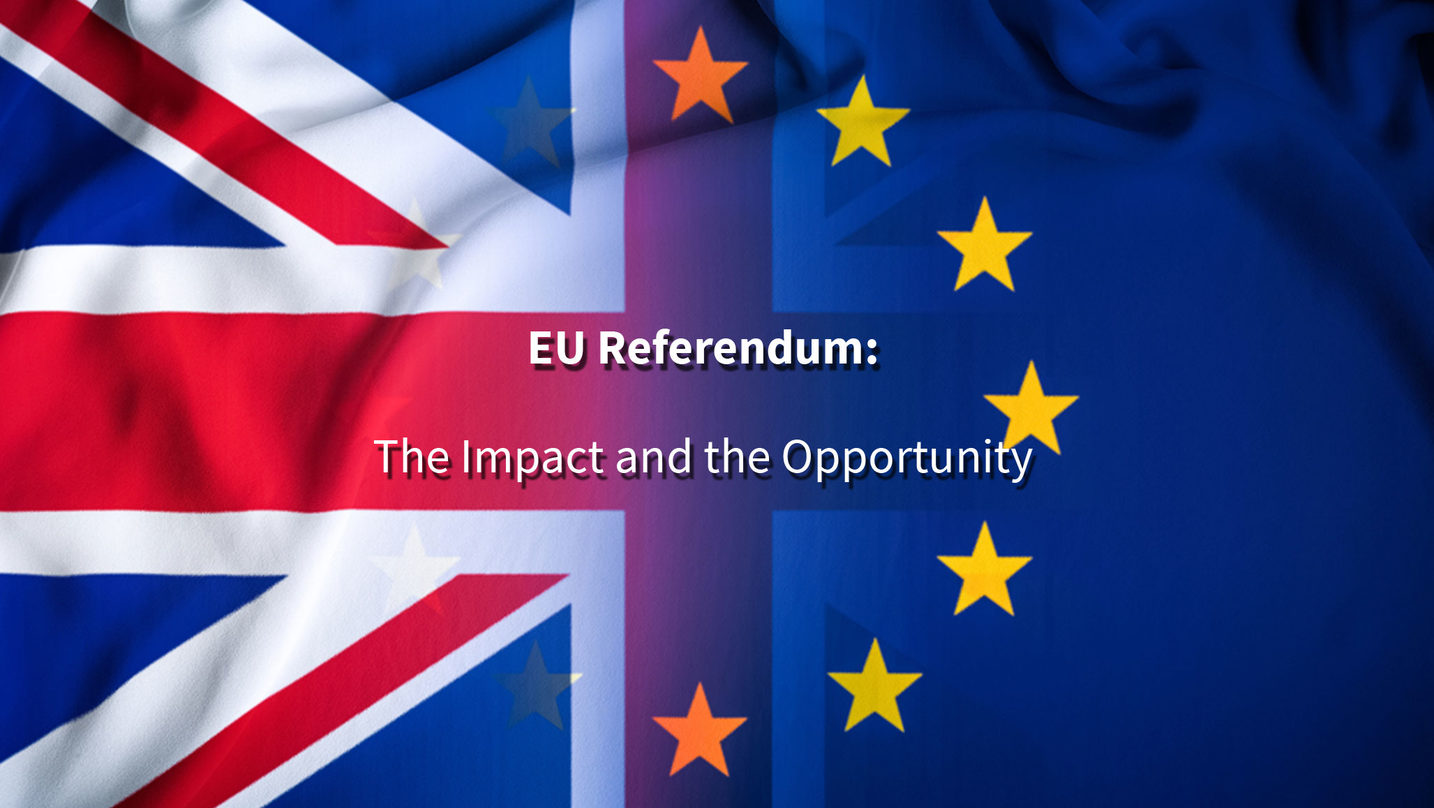 On Thursday last week the UK voted in favour of Britain leaving the European Union. Since the result was announced there has been much discussion around the short to medium term implications of this decision. Triple Point would like to update our partners and investors with information around both the impact of the referendum result on our investments as well as the opportunities for our products.

Inheritance Tax and Business Property Relief are built around UK legislation, as opposed to EU legislation, and we consequently expect the tax position to remain in place.

Triple Point’s Estate Planning Service consists of the Navigator strategy which leases and lends to a diverse range of UK-based small and medium sized businesses and the Generations Strategy which leases, lends and provides infrastructure funding to UK public sector institutions and good quality companies. Capital preservation is central to our investment strategy and both the Navigator and Generations Strategies prioritise capital preservation through underlying levels of security. We therefore foresee no material impact on our Generations and Navigator investments which remain deployed in vehicle, plant and equipment assets. The businesses and institutions targeted by these strategies are unquoted and thus are not subject to the current market volatility and should continue to run as they did before the referendum.

The Generations Strategy predominantly leases to UK Public Sector entities and as such we are satisfied that there is low risk to these investments.  As shown in the graph below, this strategy delivered steady, on target returns throughout the last financial crisis (which were uncorrelated to stock market indices, again in accordance with the strategy) and we are positive about achieving results in the targeted ranges for both strategies going forward. We also see an opportunity to grow our Navigator Strategy business and source high quality contracts from our network of introducers due to increased demand for leases and loans as traditional lenders come under more financial pressure and retreat from the market place. Triple Point will continue to prioritise the accurate pricing of assets in order to ensure ongoing loan security.

At Triple Point we work with and invest in a diverse portfolio of companies that are eligible to qualify under the Enterprise Investment Scheme (EIS). These companies have included renewable energy businesses, combined heat and power operators and digital cinema operators.

Our renewable energy investments earn their revenues based on UK renewable incentives (and UK power prices) and are not linked to the EU legislative framework.

In 2015-16, Triple Point arranged investments into a number of gas-fired combined heat and power plants which combust gas to create electricity and heat. Whilst gas prices are likely to increase if Sterling were to continue to weaken, gas remains the largest contributor to UK electricity production such that the prices of the two commodities tend to move in tandem. We therefore expect any increase in the gas price to be reflected in a corresponding increase in the electricity price which will preserve the margin and therefore the profitability of these projects.

The only significant assets held by Triple Point investee companies or businesses in the EU are digital cinema systems deployed in Germany, Austria, Ireland and Italy. The majority of their Euro revenues are hedged, with only a small portion unhedged. The unhedged element of these revenues are marginally more valuable because of weakening Sterling, but we do not expect a material change in returns.

Our VCTs hold a diverse portfolio of investments, most of which have been discussed above. A strong focus however within our VCTs' is the hydro-electric sector, with multiple share classes being invested in a number of Scottish hydro electric companies.

Since the Referendum result, there has been talk of a second referendum on Scottish independence, and were this to happen, it may have an effect on Triple Point’s hydro-electric businesses. Whilst any impact is hard to predict, and there could be positive as well as negative scenarios, we believe that even if Scotland were in due course to vote for independence, any new Scottish government would continue to be highly supportive of its renewable energy industry.

Overall our analysis remains the same as prior to the Scottish Referendum vote in 2014. We believe that, should Scotland vote for independence its new government would not want to jeopardise investor confidence, nor Scotland’s highly prized energy sector by retrospectively changing any commercial obligations. Scottish renewable energy targets have cross-party support and the Scottish Minister for Energy, Enterprise and Tourism stated that any schemes built before the vote or during negotiation would be grandfathered, in terms of maintaining green subsidies. The schemes also have the strong support of their local communities, who receive annual benefit payments from the companies.

Should Scotland go down the route of seeking independence, one of the questions will be whether they continue to use Sterling as their currency, or if they convert to the Euro. Should they decide on the latter, then Triple Point would carefully consider the impact for investors, and may hedge the exposure.

At Triple Point we understand that the next few months will see continued volatility, yet we are confident that our proven investment strategy will weather this storm. We have a proud track record of solid, risk adjusted investment returns during economic down cycles and see a great opportunity for investors to benefit from our uncorrelated investment products as an alternative to traditional asset classes.

Our business remains nimble and responsive to change. We are very aware of the current volatility within various markets, but we are optimistic around the opportunities that these changes imply for our investment strategies, and our products.

If you have any further questions around the impact of the referendum on Triple Point’s product range, or are interested in taking advantage of the many new opportunities as they arise, don’t hesitate to contact us.

The press is full of articles about people’s feelings at the end of lockdown. Some claim that ...

Triple Point is teaming up with the Evening Standard to support innovative early stage businesses in...

In the face of adversity communities across the UK have demonstrated inspirational acts of kindness,...

The fundamental role of financial advisers

Last week, the FCA announced a proposal to make its ban on the marketing of speculative illiquid sec...