A Climate For Change

The blackest of clouds often possess bright silver linings. The tragedy of the pandemic has at least sparked a climate for change that has introduced palpable urgency into the pursuit of a greener, cleaner and better world. Just take a look at BP’s race to net zero, recent pledges from the world’s largest investors and pension funds and of course, the UK government’s £3 billion green package: we are witnessing a rallying, clarion call across countries, industries and societies to seek out and adopt inclusive solutions to tackle climate change.

Today, over 120 countries have committed to net zero carbon targets by 2050. Yet the consensus is that more decisive action is required now, in 2020, if we are going to be successful in mitigating the impacts of global warming. One spokesman from Natural Power commented that we should already be “decarbonising a city the size of Sheffield every 16 weeks” if we are to have a planet habitable for future generations.

Heating our homes, businesses and industry is a core part of the problem, responsible for a third of the UK’s greenhouse gas emissions. This means the shift towards cleaner, affordable and renewable heat is an infrastructure priority. Some have put forward hydrogen as a low-carbon or even fully renewable alternative to natural gas. However, as Centrica have highlighted, the technology to produce it cleanly is more than ten years away and the substantial costs remain unknown. It would therefore be utterly irresponsible to do nothing until 2040 when hydrogen is potentially available.

One solution that has the proven capability of providing low cost, low carbon heat to thousands of buildings across the UK today are heat networks. With a significant push from the government, which nurtures incentives for businesses, consumers and investors, heat networks are the part of the solution that can be embraced today.

Heat networks are a series of pipes (often underground) that use a local, centralised source, to transfer heat to up to thousands of buildings in a vicinity. The system is much more effective than the national grid, given its more direct approach, in addition, its sources can generate and distribute heat that may otherwise have gone to waste.

The efficiencies heat networks offer are significant since they not only reduce gas consumption – but waste far less energy than the national grid. They already proliferate  across much of Northern Europe, are becoming a major part of our energy mix and are considered essential by the UK government in tackling climate change.

In order to kick-start the transition to heat networks from the more carbon-intensive national grid, the government has set aside £320m in grants and super low-interest loans to be distributed via its Heat Network Investment Project (HNIP) to create the market conditions for industry, local authorities and investors to come together to create a self-sustaining heat network market. In regions all across England and Wales, 18 projects have been awarded funding so far, in cities such as, London, Cardiff, Newcastle, Leeds, Bristol and Manchester. These are exciting tangible milestones in the decarbonisation of the UK energy system.

Heat networks aligning with the economy of the future

Since the outbreak of the pandemic, the case for responsible investing has grown stronger, demonstrated by the significant performance of global sustainable indices and ESG funds as well as the swell of support from ordinary investors and clients who rightly reject the idea that profit and purpose should be mutually exclusive targets.

It’s clear that heat networks are well aligned with the green economy of the future. Following on from funding provided by the government to kickstart heat networks, last month the treasury announced a £3bn energy efficiency package “to save money, cut carbon, and create jobs”, with the ultimate goal of “promoting a clean, green recovery” from the lockdown.”

Just as the government is adapting to the economy of the future, so is the investment community. In June 2020, it was announced that 70 pension funds and investment managers representing $16 trillion have designed a net zero framework to remove damaging carbon emissions across their portfolios by 2050. This commitment demonstrates that the investment community is starting to show similar leadership to countries, cities and companies around the world. 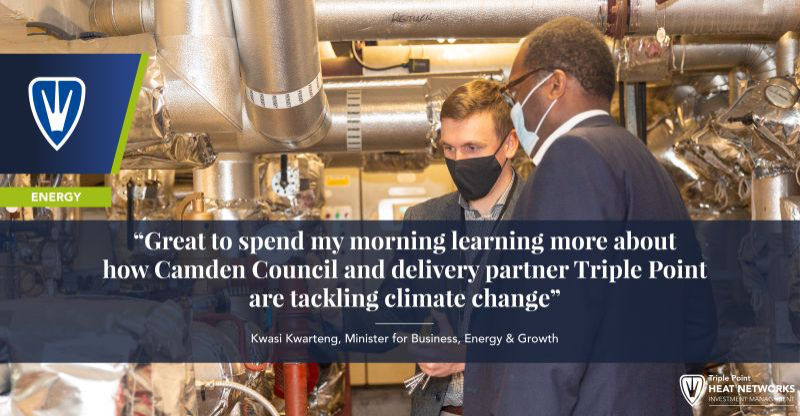 In July 2020, the Minister for Business, Energy and Clean Growth, Kwasi Kwarteng MP visited a completed heat network site in the London Borough of Camden.

His visit was significant even if his journey time wasn’t long. Somers Town sits just a few yards from Kings Cross St Pancras, roughly half-way between Westminster’s corridors of power and the city’s spending power.

The visit was vitally important in showcasing completed networks and the examples they set for future schemes to learn from. The Somers Town heat network is now fully constructed and in operation and provides heat to people’s homes around the borough. Overall, the project will provide heat to 184 dwellings and a new local primary school. The scheme in Camden is an example to all of a community focused, technology agnostic, low carbon heating solution that’s working today.

Currently, HNIP serves 500,000 customers and reduces the UK’s Co2 emissions by 700,000 tonnes per year. Such promising figures provide a clear argument for what could be achieved with further scaling and integration of heat networks into the fabric of the UK’s future economy. Given heat networks address a problem that contributes to 30% of our emissions AND is a viable, proven process technology, it is hard to underestimate just how important a role they could play in a rapidly developing green economy. 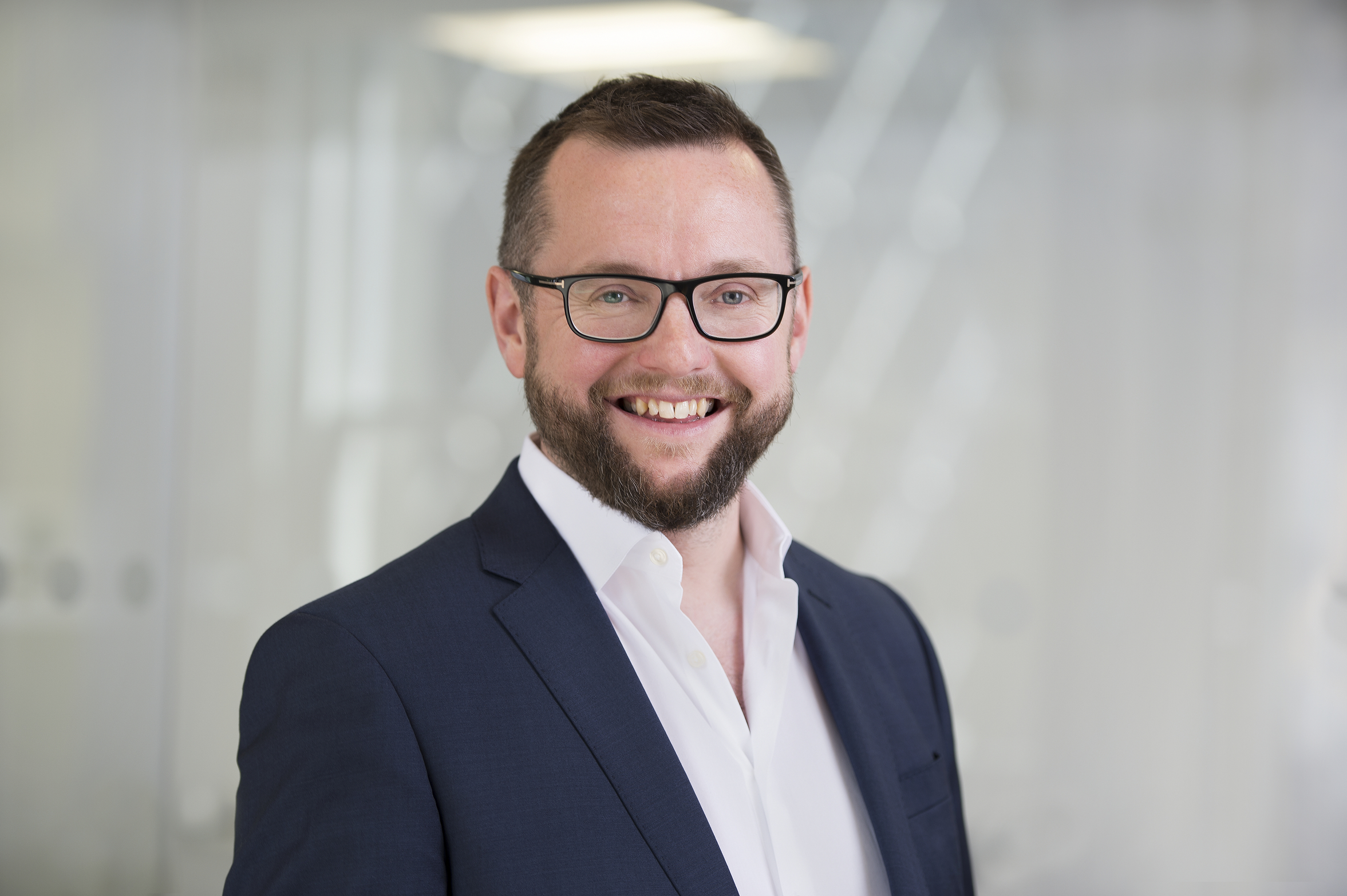 A time for change: addressing new priorities for a better world

In an economic downturn, VCTs offer investors a range of advantages

Energy efficient housing: one of the foundations of a net zero carbon future