Place Based Impact Investing has the power to Level-Up communities, but stakeholder engagement is key

Leading my team of investment sector marketers, I spend a lot of time reviewing thought leadership and commentary on our market, and of late it’s been impossible to ignore the increasing mention of  Place-Based Impact Investing. This discussion is not limited to media and thought leadership forums alone but is also finding its way into boardrooms across the UK.

As part of my role to support the communications strategy on the Heat Network Investment Project run by a good friend and colleague, Ken Hunnisett (you will hear from him later), I am also now hearing more and more about this concept in discussions with the government. This comes as no surprise as it aligns perfectly with current impact investment trends and the Government’s Levelling Up agenda.

For those of you who haven’t heard of Place-Based Impact Investing (“PBII”), it broadly refers to the local deployment of impact capital - that is, investments made with the intent to yield both financial and social and/or environmental returns – arresting social and special inequalities that exist between communities.

According to a model concept for PBII developed by The Good Economy, local authorities and investors unite around five pillars that serve as dual structures: policy themes or priority areas on one hand and institutional investment strategy themes on the other. These five pillars include Housing, SME Finance, Clean Energy, Infrastructure and Regeneration.

My personal journey into PBII has taken a very strange route, starting as it does, with experience of how regional investment into marginalised communities can go horribly wrong.

In a previous life, I headed up a project establishing a creative hub and arts academy as part of a redevelopment node in Johannesburg. This project was one of a handful of public and privately funded initiatives that happened alongside a broader local government community upliftment initiative.

I saw with my own eyes the disconnect between bold government infrastructure interventions which established arts venues and retail precincts but failed to support the SME’s who occupied them. Beautiful public artworks being burnt in winter as cooking and heating fuel, due to lack of affordable energy. People living on the street below empty, luxury loft apartments.

However, what struck me more than the blatant disconnect, was the lack of local stakeholder engagement. I saw frustrated locals watching from the side-lines as government transformed their community into an image of what they believed was best for them, paying no heed to their often-immediate needs. Utopian dreams were pursued with dogged determination and sometimes complicated the challenges on the ground.

This lack of holistic engagement or support to sustain the initiatives would result in rapid stagnation as soon as the local government moved on to other projects. When they would receive another capital injection from central government, they would swoop into the area, fix and expand the infrastructure, give everything a lick of paint and coax new SMEs into the expanded retail precincts. This was an on-going cycle, and despite a huge amount of state and local authority investment, there was very little actual value created for the community, or in fact, the local government authority.

Despite this experience being on another continent and addressing far starker socio-economic challenges, I believe the fundamentals remain the same. To create value at a regional level and uplift marginalised communities it essential that it is done holistically, in combination with private investors and in consultation with the community.

My years in South Africa haven’t offered up all the answers but they have left me with a clear understanding of the need to work collaboratively, communicate effectively and maintain a strong focus on a sense of place. It has also provided me a lens through which I look at the development of the UK’s emerging PBII thinking and at the work Ken and his HNIP team are already doing. 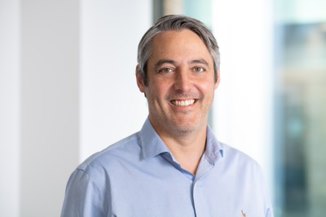 “The UK is a country of entrenched place-based inequalities which have persisted for generations are more extreme in the UK than most OECD countries.”

Not everything needs to be fact-checked these days. The authors of the brilliant white paper “Scaling up institutional investment for place-based impact” will have doubtless undertaken their research before committing such a stark opening line to print but there are some things, often uncomfortable realities, that we just intuitively know to be true.

The long-lasting effects of the COVID-19 pandemic will cast a shadow over our lives for generations to come and it would be crass in the extreme to infer that the big, black cloud it represents has even the faintest silver lining. Nevertheless, without a pandemic, you probably don’t have the urgent imperative to build back better. And unless and until you build back better, we’re denied the opportunity to “level-up and unite the country” which has been a tenet of this government’s rhetoric since they came into power in 2019.

To level-up is to reduce inequality between places while improving outcomes in all places.

Clean, green infrastructure comes at a price of course and one that can’t be afforded by public funds alone.

Under the leadership of Chris Grigg and John Flint, the UK Infrastructure Bank will doubtless do much to stimulate and de-risk funding opportunities but central to the bank’s mandate is the requirement to crowd in private capital at scale. The Prime Minister and his Chancellor have already set their sights on the hundreds of billions of pounds managed by UK institutional investors who they have challenged to ignite an “Investment Big Bang”.

It’s highly likely that their call will be answered. With more than £2.4 trillion under management in UK pension funds, and a constant need to deploy assets into investment opportunities that possess compelling environmental, social and governance (ESG) characteristics, the UK energy and infrastructure markets will doubtless benefit from close attention. But what of PBII, previously the domain of the impact investment market?

Investments are made in places all the time but rarely, if ever, with the impact intentionality that characterises PBII.

Intentionality is is a key trait of impact investing. Typically, intentionality is defined in relation to addressing a defined social or environmental need. The Good Economy describe the need for PBII investors to look through a bifocal lens – focusing on both ‘place’ and ‘impact’. Intentionality in PBII should be geographically bounded – where you are seeking to create a positive impact is defined, alongside the types of social and/or environmental outcomes to be achieved. Such intentionality can be articulated by having impact objectives as well as financial objectives within an investment strategy.

Another distinguishing character trait of PBII is stakeholder engagement with a stakeholder ecosystem that the Good Economy understandably define as including local and unitary authorities, local government pension schemes and project actors such as planners and procurement specialists but in my mind could and should be extended further still.

Levelling-up is about restoring an individual’s sense of pride in their community and encouraging them to think that they can get on in life, without leaving their area.

It’s not easy change to bring about but infrastructure investments - and PBII in particular can be an enabler of it. Indeed, it is already happening to impressive effect.

The development of a district heating network in the Cambridgeshire village of Swaffham Prior has provided an object lesson in community stakeholder engagement. The efficacy of heat networks in towns and cities with high building density and local sources of waste heat is well understood but it is quite another thing for them to be made to work in a rural off-gas grid community of just a few hundred homes.

It has worked because the community were brought along in the journey from start to finish. Their questions were answered, their fears and concerns were sensibly and sensitively addressed. The network – already under construction – will see the current oil-fired boilers be replaced by centralised heat pumps. The system will deliver a measurable carbon reduction at a financial saving to the consumer: reducing the village’s reliance on fossil fuels and lessening incidences of fuel poverty.

Best of all though, the project team understand the role they are playing as vanguards and are keen to share their experiences with other rural schemes.

The UK has more than 40,000 villages, very many of which rely on oil. The heat network will generate the kind of consistent, comparable and transparent data - that characterizes a place-based impact investment and which will drive evidence of success and continued backing - proving the original business case and establishing a road map for others to follow.

This is where Harry and his team comes back into the picture.

For as long as I have known him, I have looked for opportunities that we can work on together. After all, work isn’t really work at all when it is time spent with a great friend.

District heating represents a great strategy around which place-based impact investing can be framed, but of course there are many others, and Harry and I are lucky enough to work in a multi-disciplinary team of investment experts with several different sources of patient, supportive capital that can be targeted towards housing, energy and energy efficiency and digital infrastructure to name just a few.

For any of those investments to be as successful as the Swaffham Prior heat network we need to develop communications strategies that will resonate with people in villages, towns and cities around the UK.

We need to excite and inform, encourage and engage. From time to time we may need to calm nerves, overcome resistance or heaven forbid, placate anger.